The video above is from our presentation at Nordic Game Jam 2017. If we look tired, that’s because we were up all weekend jamming!

Mobile local network multiplayer game using asymmetric information. It’s a cooperative game for two players, where each player is on his own device. Inspired by Space Team, it’s a game where communication is essential and where you often end up in intense situations that cause you to yell at your friends. In Strike Team, players help each other navigate a dangerous battlefield by describing their surroundings.

Players can either play as the general or commando. The general has an overview of the entire map and he can see the objective markers (Intel and LZ). Furthermore, he can send bombs to any location on the map. The commando only sees a little part of the map and must navigate to the objectives. However, he doesn’t know where the objectives are, so he needs to explain his surroundings and get directions from the general. That’s not it though – the battlefield is filled with tanks, so in order to survive, the commando needs to explain where the tanks are, so the general can bomb them (without hitting the commando of course). 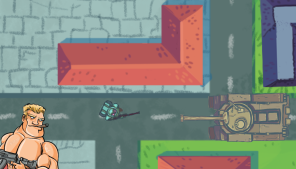 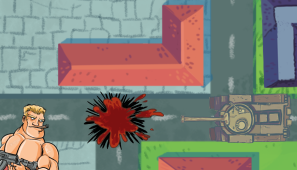 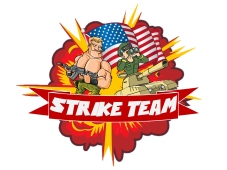